And from what I saw there was rather a lot of bust – well from what the lads saw there was rather a lot of bust and I’m not willing to divulge whether any of it was mine, especially if there is no photographic evidence!!! A week at the beginning of June on the Greek island of Santorini with Light & Land Photographic Tours proved just to be what the doctor ordered – provided of course what the doctor ordered was being with a great bunch of like minded people, getting up at about 4am, going out photographing at about 5am and continuing on with brief rest periods in between right up until midnight on most days!!!!!! Pah! And they call this a holiday!

Sometimes when I just couldn’t be arsed to get my camera kit out of my rucksack I used the good old phone and sometimes, shock, horror, I only took the phone with me so had no choice – I hasten to add these times without a proper camera were few and far between and mostly also involved shopping or eating.
Churches, blue domes, donkeys, dogs, sunsets and crazy people describe a typical day and the wee selection of piccies below illustrate this. Click on the thumbnail whenever you see one to enlarge and then on the back button to return to the post.

And after a few sensible setting the scene shots now for some crazy people:
This is Donna having just seen the size of my chocolate bar 🙂 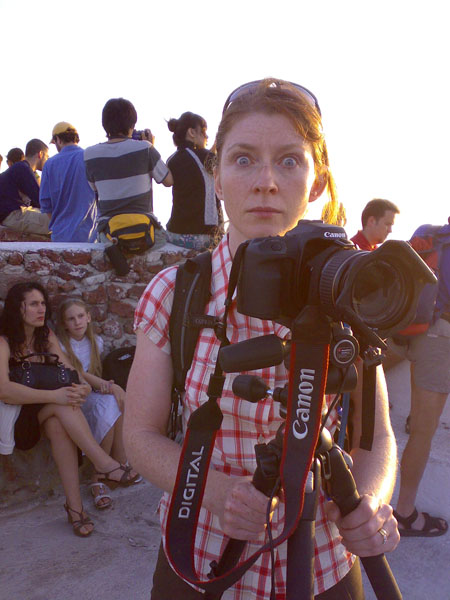 And here we are together waiting for the sun to set whilst setting a new trend of dancing around a tripod. 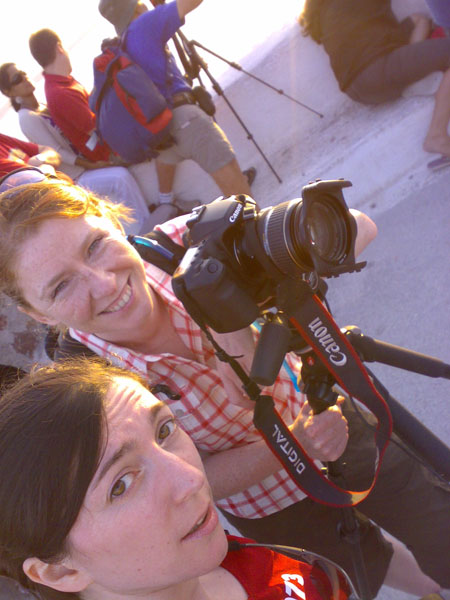 A couple of my feet – just because………

Clive (name has not been changed to protect the innocent) taking a picture of, having just managed to attract them, a large Japanese gaggle of giggling girlies – how does he do it? 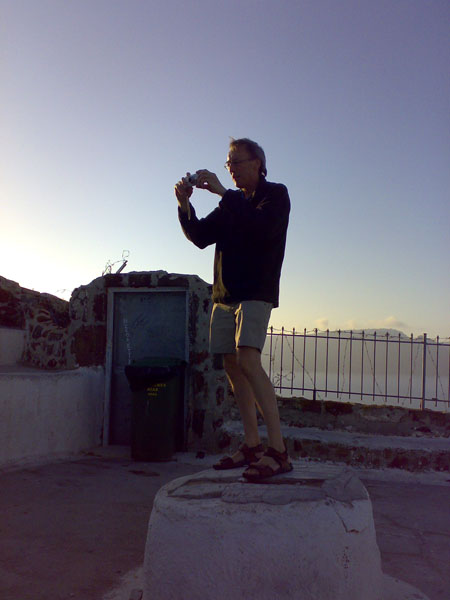 Oh! This could possibly be the reason why!!! Absolutely irresistible 🙂 One man and his optimistic shadow! 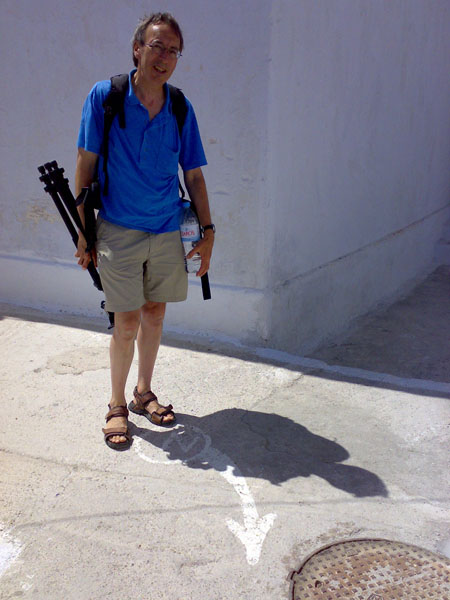 My Paul at a dawn shoot – he’s a happy camper!! 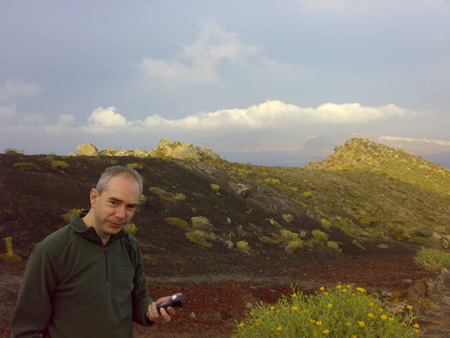 I’m not sure whether these 2 are playing at artistic photography or just rushing to the rail for other reasons! I didn’t get too close to find out!! 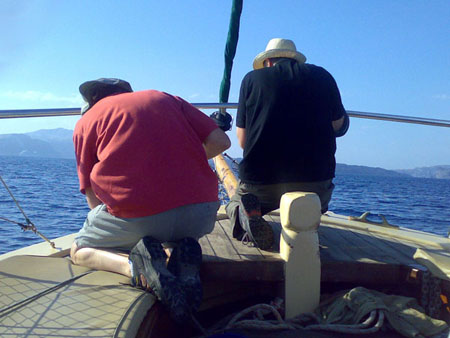 And back to a few more touristy shots including ‘A Windmill named Clive’ – you need to look closely and then compare to previous shot of Clive, you should eventually see the similarity!!!! 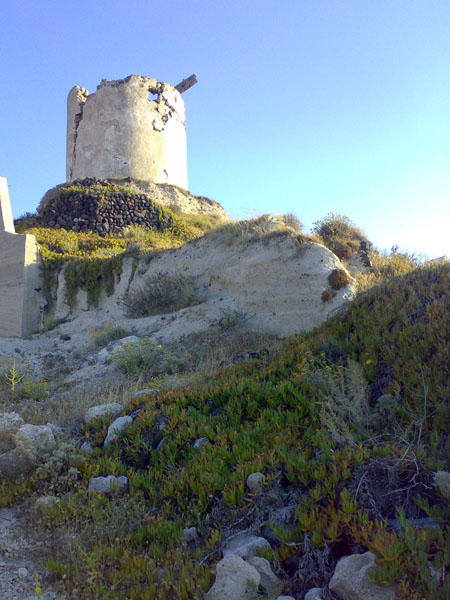 Greek Plumbing – honestly it got so backed up we decided eventually just to grow things in it!!! 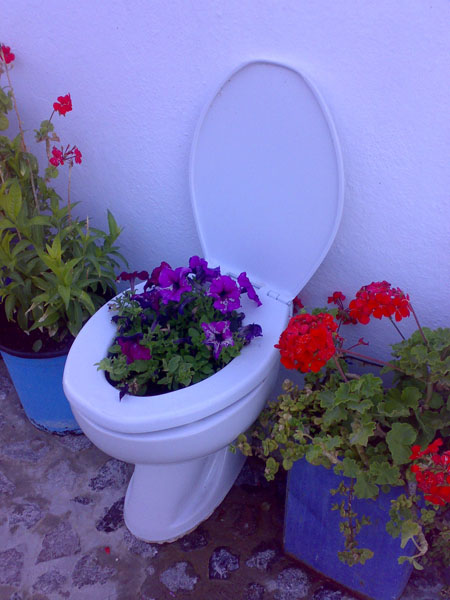 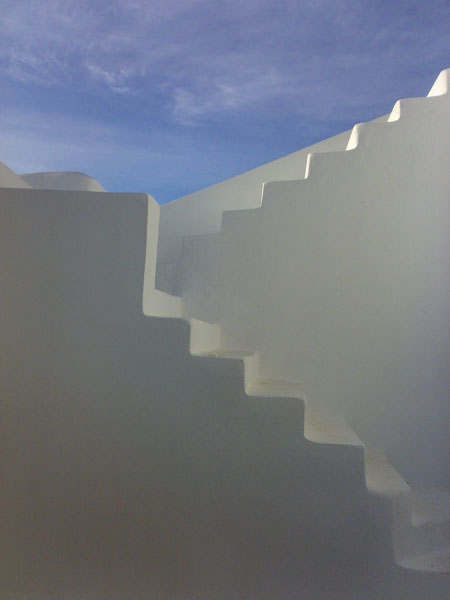 Stairway to Heaven? If there had been a bacon sarnie at the top of it after this particular 5am start then it sure would have been 🙂